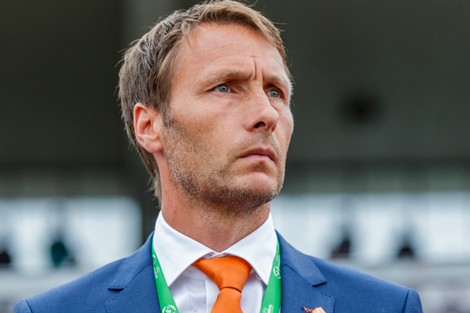 For me the most important is to maintain the love for the game, because only then you can grow to your personal best.

I love football since the day I could walk . I think it’s beautiful to play in a team and achieve results together .

Since the day I could walk ,I was crazy with the ball . My father played at amateur level , so every weekend I was with him at the football pitch .
That’s where my love for football started , it grew when as a little kid my uncle took me the stadium to watch a game of my favorite team Ajax

I started as a 5 year kid to play in a team . Before that I only played in the street . I started in a small amateur team (Eland) , It was officially not allowed to play at that time you could start only from 8 years old .
When I was 8 years old I was recruited by the Ajax youth academy.

From 15,16 years old I started to realize that it might starting little more serious . I was selected in the national youth team and I noticed myself I was among the better players .

For me , as a 15 year old kid the most beautiful moment was when we played an international match against England at WEMBLEY . As a professional player winning the UEFA cup in 1992 against Torino in Amsterdam .

The biggest disappointment was when I was 16 years old and got injured at my knee . I could not play for a few month’s and I was afraid my football career was over .

As a kid my favorite player was Jesper Olsen , he played in the first team of Ajax and played in the same position as I did (left winger)
Nowadays off course everybody names Messi and Ronaldo , but i like Mascherano a lot because to me he is a real team player who sacrifices himself for his team .

At first Football gave me a lot of friends , besides that I think football helped my to learn what is discipline and that you have to work hard to achieve your goals .
Working in a team and the social aspect of football is also very important according to me .

Nowadays I still enjoy football but I think it is a pity that the financial aspect becomes more and more important . We are losing a bit the authentic feeling of football .

I work as a coach in football , I like to pass thru the experience I got as a Football player to a new generation .

What i would like to say to the 15 year old football player , is to live your sport with great passion en enjoy every moment at the pitch . If you want to become a professional and achieve your goals , you have to put in a lot of effort and also a little luck will help .
For me the most important is to maintain the love for the game , because only then you can grow to your personal best .

I think WLF is a very good initiative to inform , to encourage , to educate and help this new generation . I wish i had something like WLF when I was 15 years old . I think it would have helped me a lot .