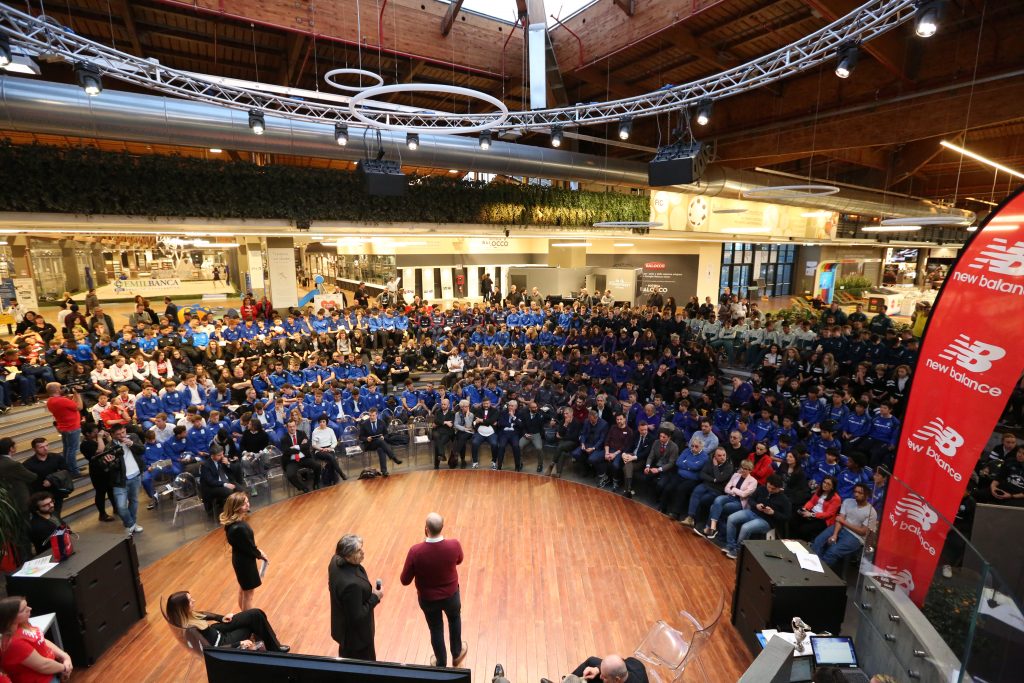 Great success with the public for the event linked to the youth soccer tournament staged in the Arena Theater of the Bologna agro-food park. A touching moment when Monsignor Matteo Maria Zuppi washed the feet of some Brazilian guys from Palmeiras and Flamengo who participated in “We Love Football”

Holy Thursday is the traditional day of the washing of the feet. Tonight in the beautiful setting of Fico, the largest agri-food park in the world, different ingredients were mixed, but of great impact. The result is a beautiful moment that will be remembered by everyone for simplicity, sharing and joy. Religion with the presence of the cardinal of Bologna Matteo Maria Zuppi. The maximum expression of the city, the Bologna Fc, represented by the managing director rossoblù Claudio Fenucci and his captain, the goalkeeper Antonio Mirante.

The beauty of a location like Fico, which stands for Fabbrica Italiana Contadina, and the beautiful youth of all the teams taking part in the third edition of “We Love Football”, the international tournament organized by Marco Antonio De Marchi and Stefania Tschantret, president of Oblivion Production. The evening, wisely conducted by the face of Sky and E’Tv Rete 7 Sabrina Orlandi, kidnapped those present. On stage, Marco De Marchi, Stefania Tschantret, Claudio Fenucci, Antonio Mirante and the protagonists of this 2018 event passed one after the other.

Moment of particular suggestion when Monsignor Matteo Maria Zuppi washed the feet of some Brazilian guys from Palmeiras and Flamengo who participated in “We Love Football”. A simple gesture, but that ideally has joined the eight nations that this year are fighting on the football fields of Monte San Pietro, Bologna and Castenaso. The spirit of “We Love Football” is to compete, but above all to create a link, a connection and an exchange of humanity and sport among the guys who come from all over the world to compete for a trophy. Sport yes, but in the name of friendship and respect.

The ball has once again united different peoples, in a suggestive location like Fico. The structure created by Oscar Farinetti opened its doors in November, but it is already a popular and envied destination all over the world. The ideal place to celebrate all together in the name of football. A gala, tonight, which has broadcast beautiful messages.