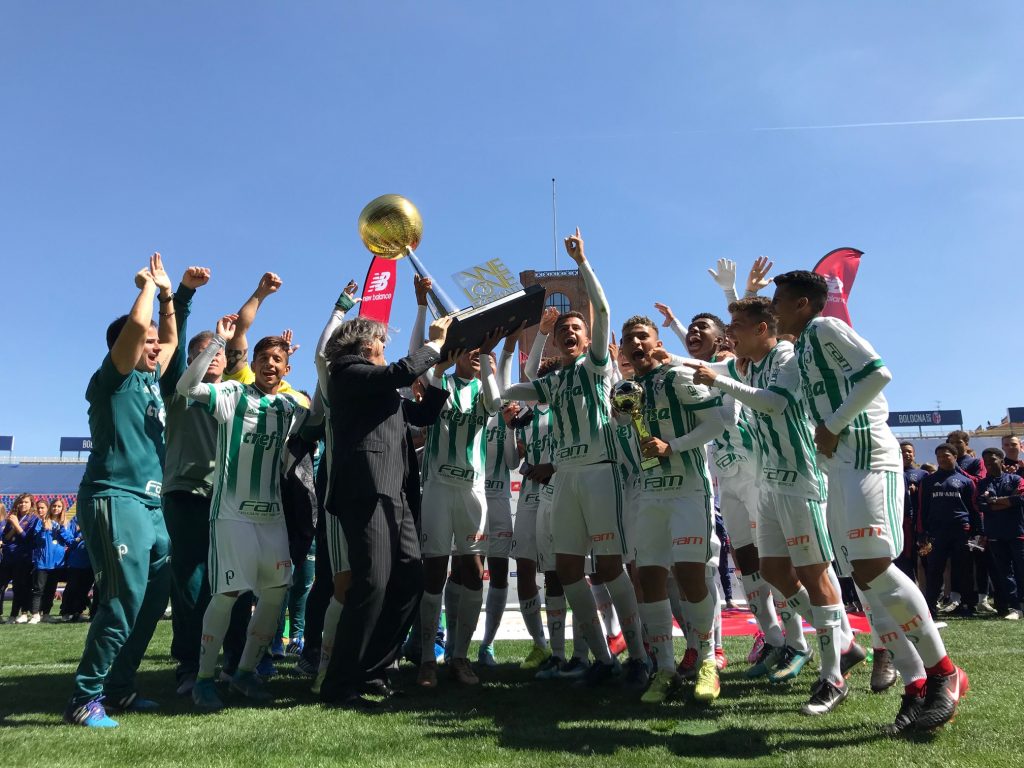 Even the third edition is over, how many steps forward from 2016 to today: technique, competitive spirit and above all fun

Triple whistle, the referee Fabbri of Ravenna officially sanctioned the end of We Love Football 2018, after Atletico Madrid and Atalanta the roll of gold is also tinged with green: the Brazilians of Palmeiras win the third edition of the most prestigious tournament Under 15 world football from unbeaten. However, it is not just a victory for the “Verdao” but this year it was a victory for football. Cup raised to the sky, ritual photos and festivities but after all this there has absolutely stopped, indeed. The synthesis of the third edition can be found paradoxically after the end of the final, when everything seems finished, when everything should stop, the football reminds you that being the most beautiful sport in the world an end will never have, and then football in the field and the Dutch dell’Ajax, the English Everton, the Canadians of Montreal, the Brazilians of Flamengo and even the organizational staff of WeLoveFootball ran all together on the green lawn of the Dall’Ara and began an epochal match that will remain without doubt in the history of this tournament, with only one rule, have fun! Yet you wonder how they can communicate Dutch-English-Brazilian-Belgian and Italian among them, the answer is simple, the language known by everyone is that of the ball. A melting pot of cultures, traditions and colors theoretically impossible to unite has given us indescribable emotions, which only this sport, which knows little about it, could have given us. Here all this is We Love Football: uniting what seems to be impossible, fun, football and lightheartedness. Friendship, a countless number of friendships established in recent days, an image that will remain etched in our eyes is the exchange of telephone numbers between the Coach of Montreal and that of Genk, which at the time of goodbye have embraced as they were always friends. But situations like this where football becomes more than a sport at We Love Football is an incalculable amount: the pasillo de honor of Palmeiras and the applause for the defeated atalantini in the final, the coach dell’Atalanta Di Cintio who apologizes to the Ajax Wooter Coach for a hard contrast between two players in the field and after the match the hug, the songs, the dances, the prayers, the hopes, the ambitions and the passion for football, inexhaustible. Because while every second passes for better or for worse it is always necessary to remember that in a part of the world a football match is under way and every time a football game starts all this magic starts all over again. A triple final whistle will never be there.

See you next year for We Love Football 2019!

And follow us on #social for all the other unpublished contributions and photos posted by our guys: