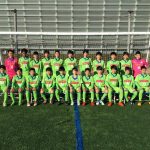 It is impossible to hide the curiosity to receive an Asian team for the first time at  “We Love Football”the under 15 international tournament. One of the big news of 2018, the Japanese of Shonan Bellmare.

But exactly what is the Shonan reality?

Located in Hiratsuka, Kanagawa Prefecture, the first team of Shonan Bellmare militates in the J1 League, the equivalent of our Serie A, the highest national football championship. In his history he has won several trophies nationwide including 3 Japan Soccer League and 2 Emperor’s Cups. From those parts have passed the likes of Hidetoshi Nakata, former midfielder of Perugia, Parma, Bologna, Fiorentina and especially Rome, where he won the championship with Fabio Capello in 2000/01, a career candidate for the Golden Ball and FIFA World Player in 1998, 1999, 2001 and 2002, and in 2004 inserted by Pelé in the Fifa 100, the list of the greatest footballers of the still living history drawn up by the Brazilian champion.

Currently in the squad of the first team we find the Serbian Alen Stevanovic, who in Italy played in Serie A with the jerseys of Inter, Turin, Bari and Palermo. The youth sector is really at the forefront and we can not wait to discover Eastern football with our eyes. The Shonan Bellmare, included in Girone B, will compare with Roma, Flamengo and B Italia.

Watch the video of the International Male Tournament