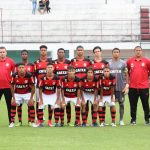 One of the many novelties of the 2018 edition of “We Love Football” will undoubtedly be the participation of another Brazilian team: the Flamengo.

Headquartered in Rio De Janeiro, the capital of Brazilian football – in this city, Fluminense, Vasco De Gama and Botafogo also play – the rubro-negro club is considered the most beloved in Brazil – “corn querido do Brasil” -. The Flamengo, in fact, is the most popular team in the nation with about 35 million estimated fans, as well as one of the most titled South American clubs: at the senior level it boasts 5 national championships and a Libertadores Cup, while at the youth level has posted three bulletin boards San Paolo Junior Cups, three Belo Horizonte cups and two Copa Macaè.

The Brazilians are eager to make their debut at the international football tournament “We Love Football” 2018, to be protagonists. They will be in a group to the particular, the Girone B, with Roma, Shonan Bellmare and B Italia. 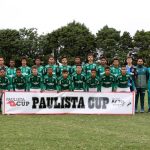 At the samba rhythm, at the Third Edition of the Under 15 International Youth Football Tournament We Love Football there will still be Palmeiras and its typically Brazilian style.

In the last edition the team coached by Paulo Victor literally charmed the Biavati sports center and all the insiders. Brazilian football is completely different. It is fun, technique and quality applied to the game of the ball. Pure magic of the Palmeiras dressing room before the matches: music at full volume and dancing, you laugh and you live happily the moment of warm-up, then you go on the pitch with only one goal: to have fun!
Last year the “Verdao” did not pass group D with Atalanta, Roma and Lokomotiv Zagreb.
The South American coach, Paulo Victor, was named best coach of the edition, while Vieira was the best striker.
This year they will be involved in Group C with Juventus, Sassuolo and Genk.
One more incentive for Palmeiras will be, why not, wanting to reach the final against the compatriots of Fluminense.

In any case, boa fate Palmeiras!