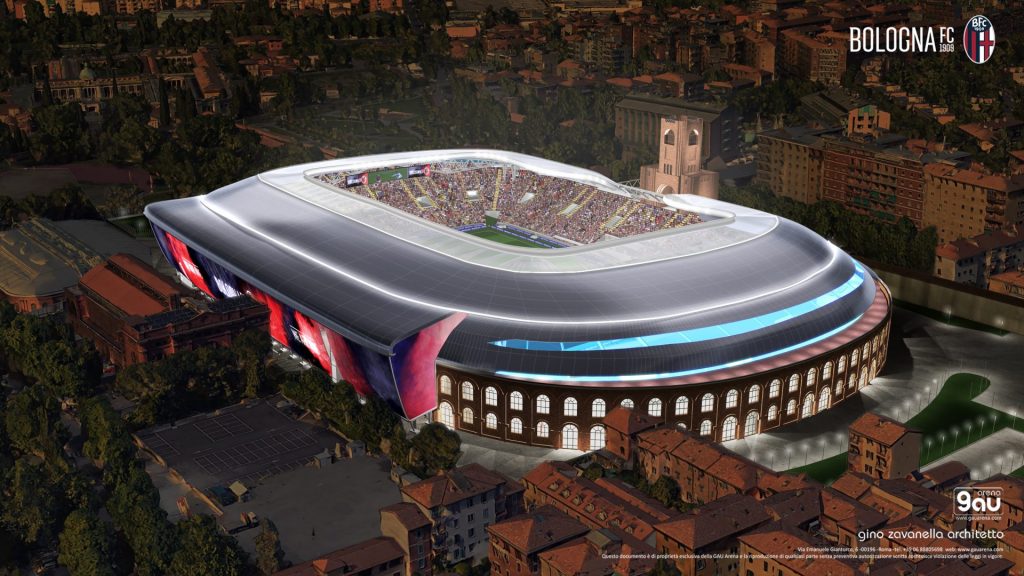 A look towards the future: more than 27 thousand seats, a cutting-edge facility, preserving the historical structural elements that have always distinguished it: Bologna will soon have its new and wonderful football stadium.

Here, in the city of Bologna where We Love Football was born and evolves, we were all waiting to see the first image of the future Dall’Ara. Today the project of the restyling of the new Stadio Dall’Ara has finally been presented.

During the press conference, live on social media, the president of the Bologna Football Club, Joey Saputo explained what restyling of stadium Dall’ara consists of.

It will be completely covered and on the “roof” there will be a terrace with a panoramic view. And then galleries, a restaurant and cafeteria, without losing the sporting vocation.

An important financial commitment also for the Municipality that has budgeted 30 million.

We are talking about the location that for the last 4 years has hosted the semifinals and finals of the international We Football Football tournament, and which also represents a place full of important memories for our President Marco Antonio De Marchi. So we are really happy to know that it will be refurbished but keeping intact those distinctive features that have made the Renato Dall’Ara stadium famous in Italy and in the world.

After all you already know, the Bolognese on Sunday do not go to see the game, they go to the stadium. It is an important ritual in a place of worship, and we hope that it will remain alive for a long time also for future generations.

Who supports our project and believes in the future of the Under 15 international youth football tournament “Made in Bologna”? Look at all the famous Testimonials of the football world in these videos.