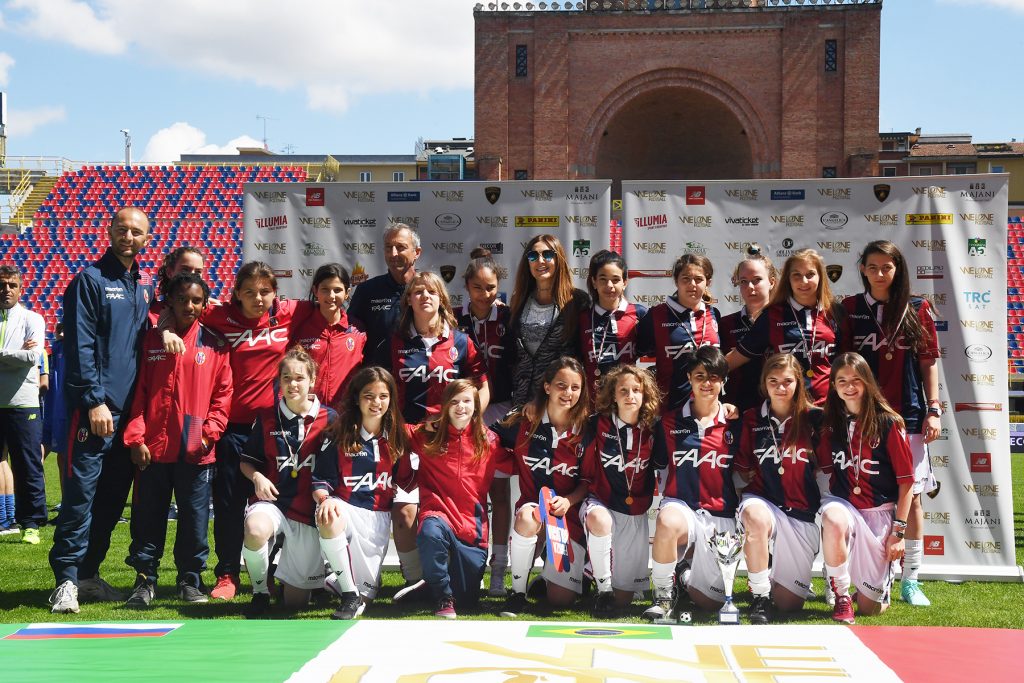 From the triangular of 2017 we move to a single group with 8 teams where the competitive and technical level has risen considerably.

All the matches will be held on March 29 at the Filippetti Sports Center in Zola Predosa from midday, starting with Venezia – Inter, until 4.30pm, ending with Bologna Cesena, the final is scheduled for April 2nd at the Stadio Dall’Ara.

Master of the house will be the rossoblù of Mr. Gianni Foschini, holders of the women’s title of the past edition, all 2003 with the addition of 3 2004, an excellent mix explained the manager of the Bologna FC women’s area Daniela Tavalazzi “are very curious to see how our girls behave this year. Confronting with the best national realities allows us to understand the level we have reached “.
Among the best equipped surely the AS Roma, thanks to its wide basin from which to draw in the metropolitan area of ​​the capital in Rome have built an incredible project on women, a beautiful reality now consolidated for years. At We Love Football will bring a team of all 2004 coached by Iole Volpi. They are very expensive and can not wait to start.
Experience, a lot also for female Inter, for several years protagonist in pink football in all categories. The Under 15 selection that will participate in the tournament will be led by Mr. Alessandro Ruocco.
The other 5 teams are all much fresher, and since a few years they have started working in women. The Hellas Verona has already shown that it can compete at high technical levels, Udinese has great ambition towards the feminine and We Love Football will want to compete with reality already affirmed for some time, same speech for the Perugia of Mr. Salvatore Cannito, for the Cesena by mister Marco Puntiroli and for the Venice by Alessandro Bruzzone.

You just have to follow the girls of We Love Football 2018, it will be interesting and very funny!