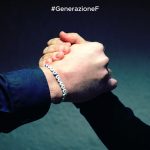 The Viking comes from distant Sweden … and comes to us because its “icy” heart of the North, finds the right warmth to melt and show itself in all its most “hot” forms possible …. Meta undisputed, our beloved Bologna.
He says about him De Marchi Marco Antonio :
With the Vikingo from the heart of gold I spent many years ago unforgettable moments thanks to which it was possible to build a solid and indestructible friendship. And it is thanks to this reason that, despite the streets have been divided for a long time, when you see it, it is as if that time had never passed.
Having had it back among us, has allowed me to go back into the past but at the same time to enjoy the present, in his company…on the streets of Bologna where even the walls of the historic palaces, as we passed by, turned and greeted the Great Kennet …
We have many things in common but one in particular: that of being “foreign” in this city, you of Gothenburg, I of Milan. But with the certainty and the awareness of having been “adopted” by the most beautiful city in the world.
So, even for you I cry: “Thanks Bologna”, our heart Rossoblu, beats for you !!!


Come on Sweden at the World Cup!

We spent some time together and we took the opportunity to interview the two great friends in the special “My first 15 years”, where we discovered many funny anecdotes about their adolescence.

Watch the video story of Marco De Marchi and Kennet Andersson on our #Youtube channel.